In November 2013, Exeter Street Hall won a phone vote organised by The People’s Millions and bagged a MASSIVE £50,000 to repair the leaky, creaky roof.

Here’s how we raised the roof

The People’s Millions is a partnership between Big Lottery Fund and ITV, where the public help decide which local community projects get lottery funding.

In October 2013, Exeter Street Hall was short-listed as a deserving good cause and given the chance to compete in a phone vote. We had to pull together a team, formulate a communications strategy and spread the news quickly and effectively. Without one all-important piece of information – the telephone number needed to vote for us.

Only released on the morning of voting day, this gave the group an interesting challenge when it came to spreading the word. Nevertheless, we managed to engage with our community and beyond using the following tactics:

On voting day, we had an intrepid team working around the clock to get out the vote. And it paid off. We were overwhelmed by support.

We gained 96 more Twitter followers and were retweeted 372 times. We received messages of support from Caroline Lucas, Zoe Ball, and Oliver Heath. In the end, we secured 11,325 votes, which was the 4th most out of the 114 in the country. Here’s some of our team being surprised by a camera crew with a rather large cheque:

Thanks to everyone for making calls, getting stuck in and raising the roof. Proof, as ever, that small good deeds can make a great, big difference. 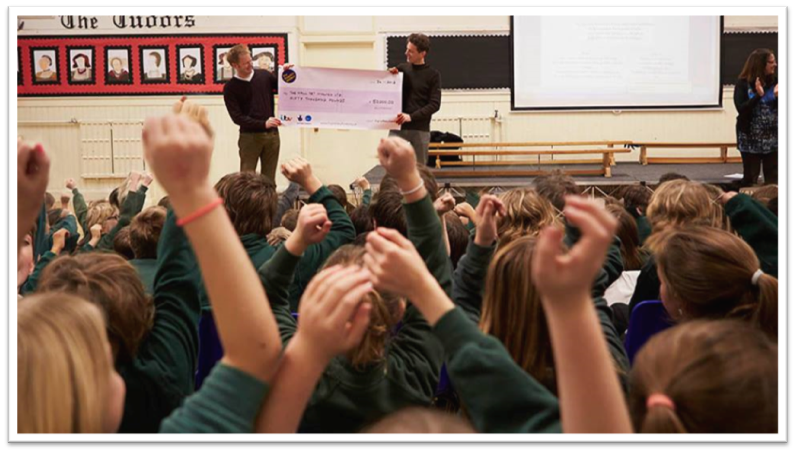